Gallid alphaherpesvirus 1 (GaHV-1) is a highly infectious disease found in birds and chickens and causes the avian infectious laryngotracheitis (AILT) virus. This species of the virus was first recognized in Australia sometime in 1920 and later spread across the US. Nevertheless, it was less found in chickens in East Germany. Although the death rate is extremely low, outbreaks have resulted to quarantine, thus affecting a huge population in the poultry industry in different parts of the world. The virus can remain in the trigeminal ganglia (a crescent-shaped structure that stimulates the muscles that control chewing) of the infected chicken. Also known as avian herpesvirus 1, this disease is known to be common to young chickens, between 3 and 9 months of age. Transmission is usually done through contact with infected fluids such as saliva and feces. It can easily spread to an entire flock within 2-8 weeks only. Among the symptoms include respiratory and breathing distress, sneezing, coughing, and discharge from the eyes and nose. For hens, the effect could be a reduction in egg production due to abnormal eggs or thin eggshells.

How To Prevent or Cure GaHV-1 in Chickens

So far, the ideal vaccine against this disease is ATCvet with code, QI01AD08. However, it could not prevent treated chickens from acquiring the disease again. Intensive cleaning and disinfecting chicken coop and housing can also help, as well as isolation of the infected chickens. 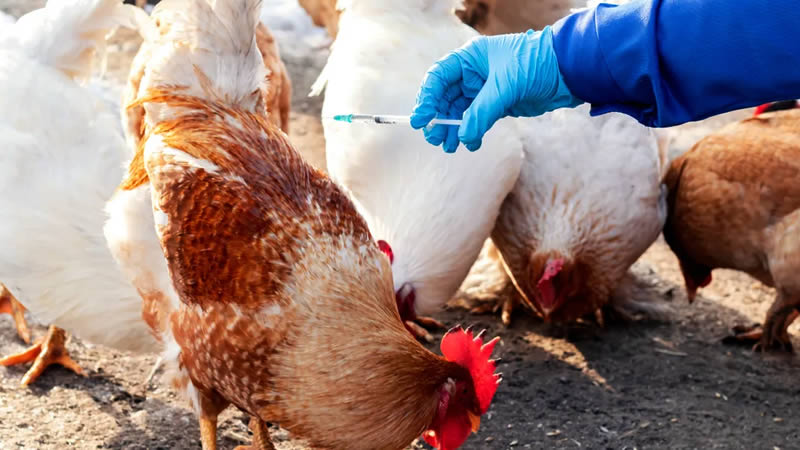